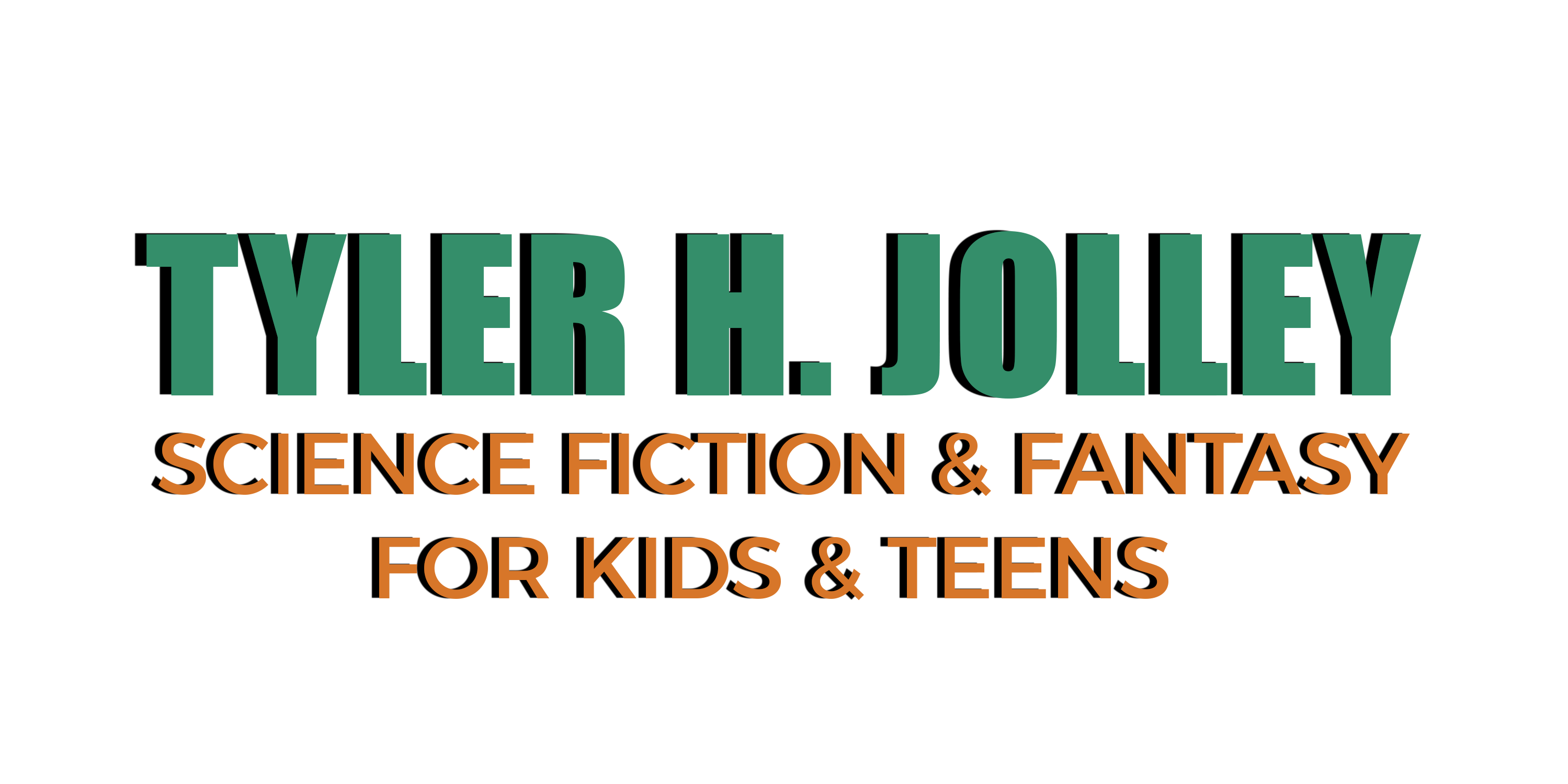 Seasons of an Apocalypse

Camp New Beginnings isn’t the safe place Matt Voorhees thought it was. An intense flood stole the life of one of the nine survivors. And now all that remain from their cryocolumn are eight seventeen-year-olds and a troubled man named Darin, who Matt doesn’t trust. They still don’t know where the cryovault is and are no closer to finding it, due to a monstrous snowstorm forcing them to stay put. But they know they’re running out of time. Dr. Westbrook is dead, and there is no one tending to the over five thousand pods of cryogenically frozen people—the last of the human race.

Continued erratic weather halts them at every turn, and the body count is adding up. In their race to find their families and save the population, they uncover more things that are out of place, and the mystery deepens. Matt begins to question if he can even save himself—let alone the rest of the world.

Welcome to Camp New Beginnings—where the weather is just as dysfunctional as its residents.

Being a lumberjack isn’t easy—especially when your brother is trying to kill you. For Annalise, Younish Camp—the only home she’s ever known—has turned into a factioned nightmare. Her brother, Paul, had always been a little off, but now things have spiraled. With the oppression of the scrawn and breeders at an all-time high, and the pure lumberjacks now severing limbs in favor of mechanical appendages, camp has become extremely dangerous. Who wants to live with a bunch of men with saws for arms anyway?

Annalise has two choices: conform to the lumberchief’s will or escape. But Annalise has a secret. One that could cost her life. Using spontaneity and her reckless resolve, she tries to formulate a plan with her good friend Marshall. But as it takes form, she wonders if it will be enough to safely escape. Not only will she have to figure out how to get to a camp over a hundred miles away, but she also has the threat of the dreaded keringer—a relentless beast that roams and hunts in the timber. No one has ever survived an encounter with a keringer. One false move in her plan and Annalise will not only die, but also bring down her good friend and anyone else who follows.

The weight of the world is on her shoulders.

But that’s just another day in lumberjacking, right?

The Yetis are sick! Alison Liv Isner’s latest adventure couldn’t come at a better time. It’s nearly Christmas, and she’s missing her mom more than ever. She’s been studying her mom’s journal just like Chicaletta—such a wise monkey—told her to, so she’d be prepared. Although, as Ali finishes the book, she realizes not all expeditions are fully mapped out and there’s a lot left to chance. In her past three adventures, she’s already encountered countless booby traps, giant ruby-eyed tarantulas, mummy crocodiles, vegetarian vampires, and of course, The Geese, with her five talking animal friends. Saving the world from complete devastation has been rewarding, but gaining confidence and learning more about her mom has been her favorite part. Has all her training been enough to face the Yetis and other mythical creatures that await her in Mount Everest? Join Ali, Chicaletta, Figgy, Bait, Glenda, and Tristan as they trek through an icy mountain in Nepal, laden with challenging obstacles, bigger tasks, and touching connections as they fight to save the Yetis. 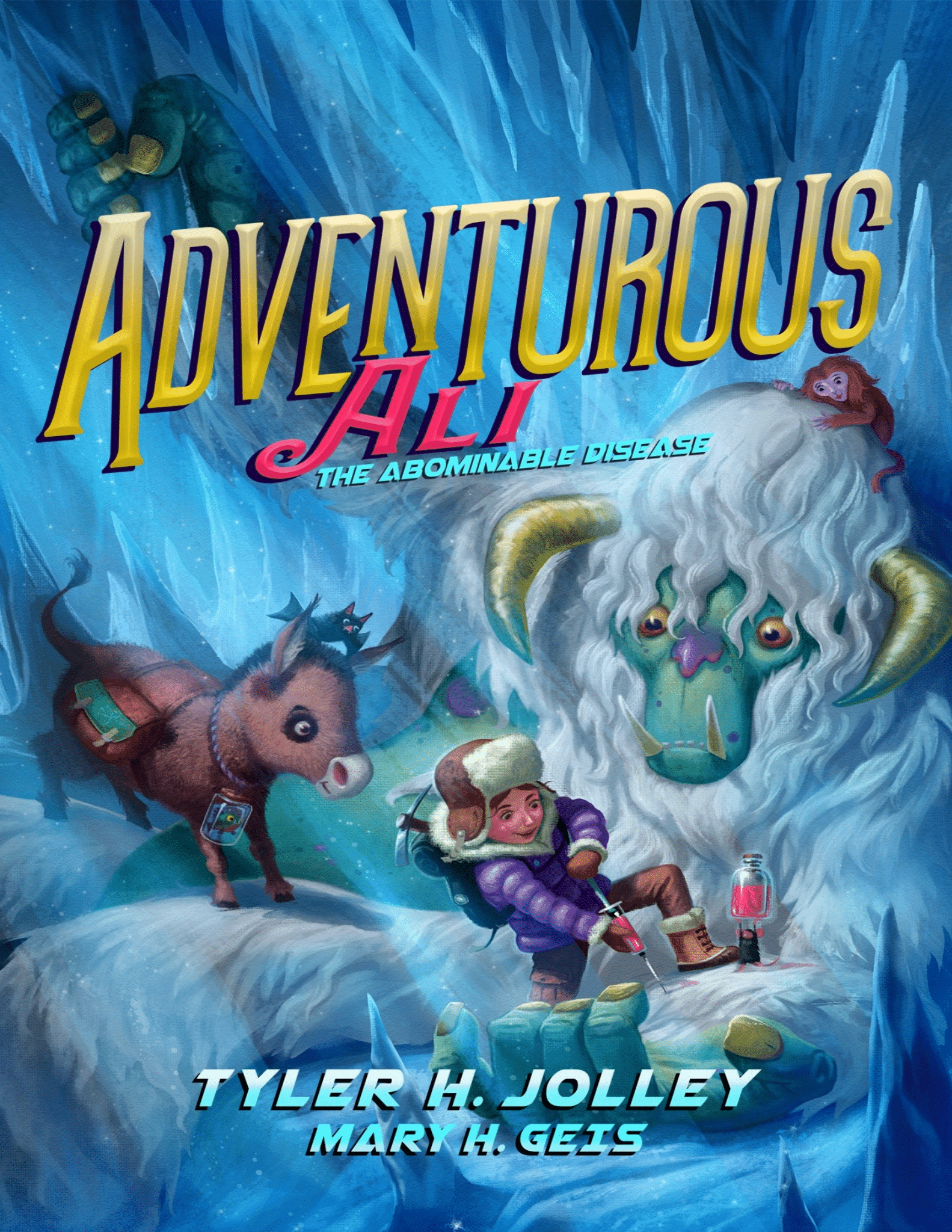 Seasons of an Apocalypse

Matt Voorhees awakes surrounded by a pile of VHS tapes in his cryopod, on the outskirts of an abandoned summer camp, along with eight other seventeen-year-olds. A scientist, who was tasked to watch over them while they were cryogenically frozen is dead. They have no idea where they are, or more importantly, where the rest of the frozen people are. When they were put into cryosleep, they were with their five thousand closest friends and families—but now they’re all alone. Their personalities clash while they try to formulate a plan. Some want to live it up, while others want to find their parents and the others. Left with only the tapes as a touchstone to the past, Matt is forced to survive the new world filled with intense floods and frigid blizzards.

Camp New Beginnings wasn’t the safe haven they were expecting.

Temple of the Monkey God

After Alison Liv Isner is sucked into an old globe that sat on her father’s desk, she wakes beside a campfire in a lush jungle, surrounded by five talking animals. She quickly realizes these are the same friends her mom wrote about in her expedition journal. Now, at only eleven-years-old, she has the opportunity to complete her deceased mother’s unfinished expedition in the Temple of the Monkey God.

With her new found friends, a monkey, a fat rat, a bat, a burro with a piranha in a mason jar tied around his neck, Ali decides to face the treacherous booby traps inside of the temple and save the monkey idol from an evil group called The Geese.

As she learns more about her deceased mom through her adventure journal, Ali and her friends realize the book is the key to lead them through the tunnels of the dreaded Temple of the Monkey God. If not, their lives are at stake and Ali will be trapped in the expedition realm forever. 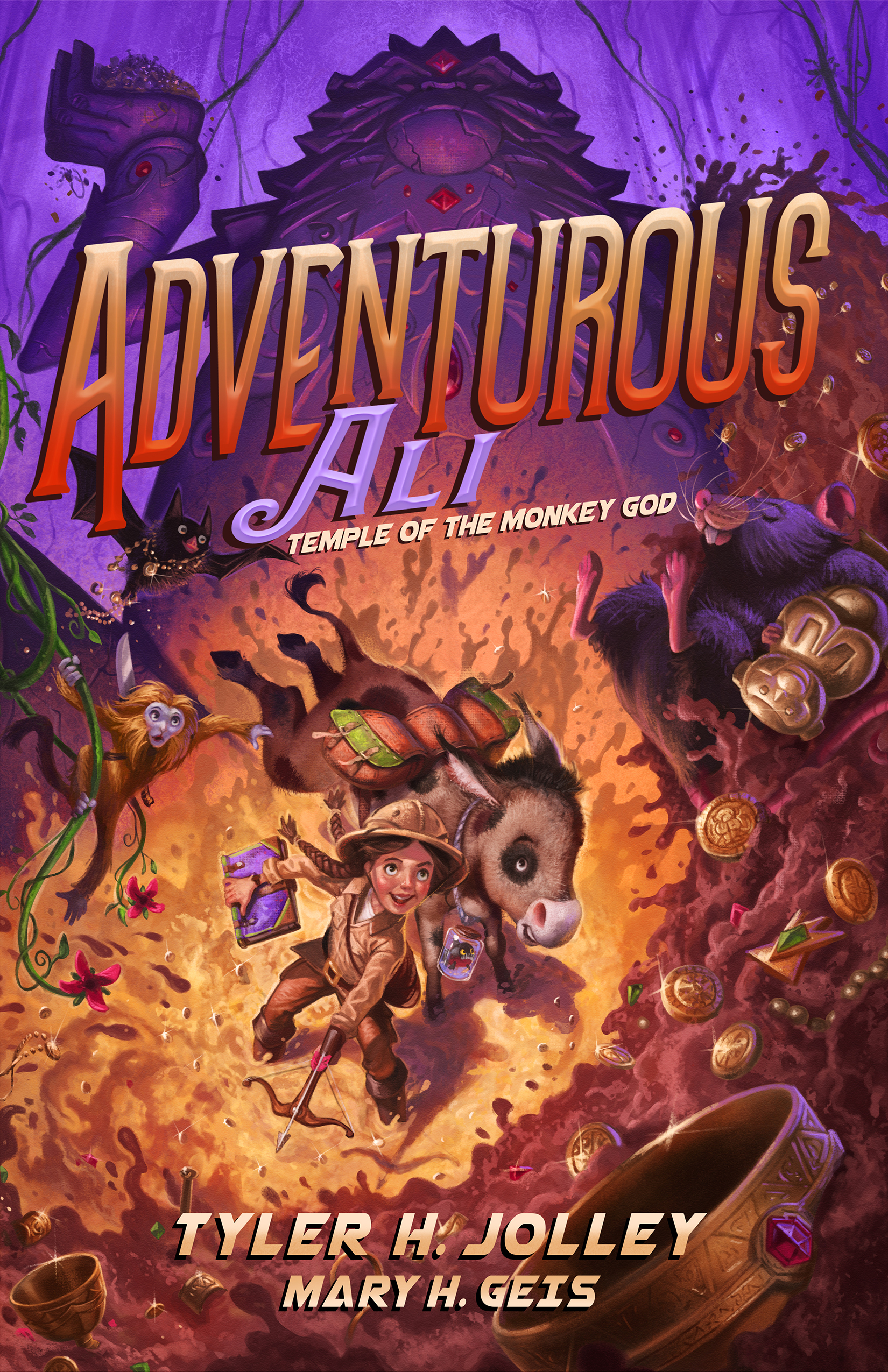 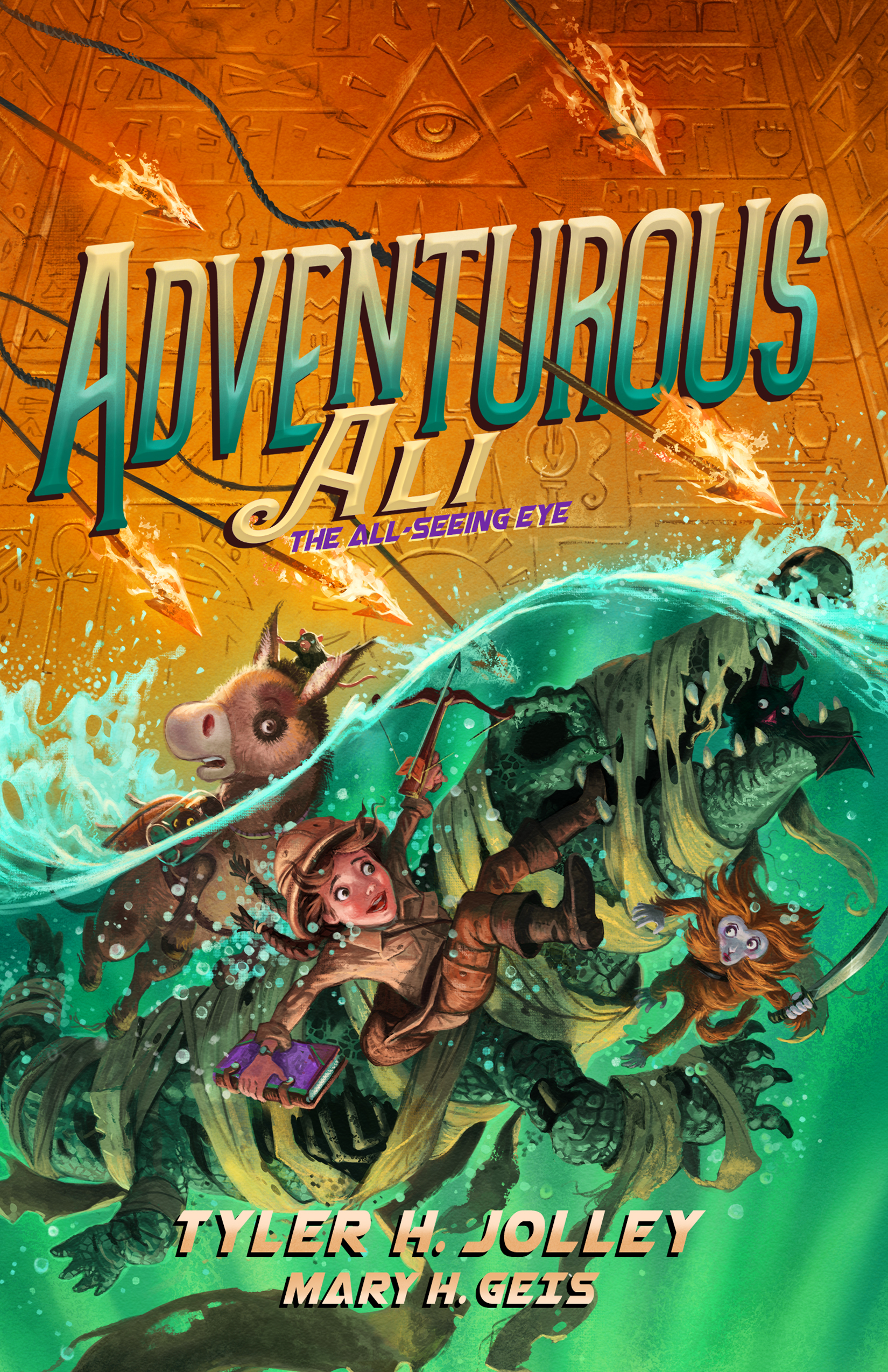 Alison Liv Isner’s second adventure starts as a long-awaited reunion with her friends. Swept away to Egypt, she embarks on another expedition her mom never completed. This time she’s tasked with recovering the Pharaoh Zicobus’s sacred headdress. But the Geese are hot on her trail. If they find it first, they’ll have the ability to see the future and it would bring devastating consequences. Ali and her animal companions have to navigate the booby traps set to keep people out of a great pyramid. Adventurous Ali: The All Seeing Eyebrings Ali to great challenges where she discovers more about her mother and has to use what she has learned in her first adventure to help get through the pyramid’s tomb without any dire circumstances. Join Ali and her friends as they escape peril to safely secure Pharaoh Zicobus’s headdress.

Alison Liv Isner’s third adventure whisks her away to Transylvania, and this expedition comes with a price. Not only is the castle inhabited by beet-eating vampires, but the Geese have also increased in numbers and boldness. Her bravery is tested. Once reunited with her friends, she quickly learns the value of readiness, and once again, her mom’s journal proves itself invaluable. With a fortress full of deadly obstacles, Ali and her friends must survive torch-lit dungeons and animated knights wielding medieval weapons in order to retrieve the Nobil Fel pocket watch from a vampire named Gaspare. If it falls into the wrong hands, the world will be thrust into eternal darkness. Follow Ali as she learns more about her mom, and her friendships grow stronger. 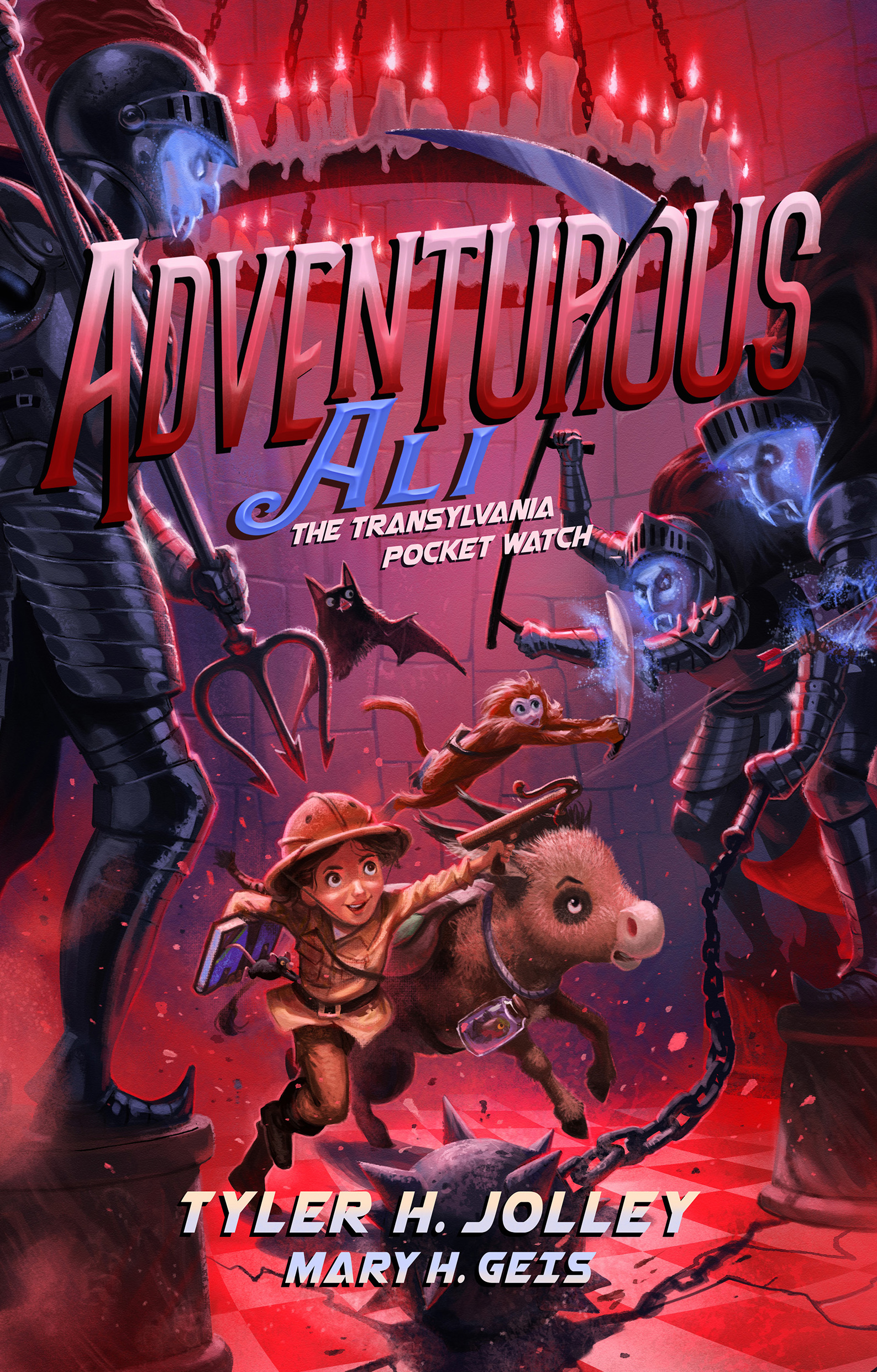 Two opposing factions of time travelers vie for control of the future in this thrilling steampunk series opener dubbed “Interesting” and “Unexpected” by Kirkus Reviews.
Lex and Ember—two time travelers with no memories of their lives before being recruited into the time war—are torn between the factions. When Lex accepts a mission that lands him deep within the heart of the Telsa Institute, he meets Ember, and the past that was stolen from them comes flooding back. Now armed with the truth of who they were, Lex and Ember must work together to save the future before the battle for time destroys them once again.

Stein has been with the Hollows for as long as she can remember. Taken as a child, she has no memories of her past—and that’s always been fine by her. Until the day she stumbles across a hidden journal containing the devastating truth about her paternity. Now everything she thought she knew—and everyone she thought she could trust—has changed. The truth about who she is and where she came from is a secret so deep, it will rock the Hollows and the Tesla Institute alike.
During a test to verify her bloodlines, Stein makes a terrible discovery. She is carrying a rare genetic mutation that is slowly killing her. Unsure who to turn to and running out of time, she has no choice but to turn to Tesla—her most hated enemy—for help. But can she trust the man who she’s been fighting against her whole life, or will she end up another piece in his deadly game of cat and mouse with the people who betrayed her so long ago?

What should be a routine mission leaves Ethan with a serious problem. He’s fractured—a break between mind and body that leaves him at the mercy of his Rifter abilities, which are quickly tearing him apart. He will have to trust the only person who might know how to fix him, a mysterious Rifter named Stewart Stills, who seems to have a special connection with the time stream.

Forced to face his dark past and a decision he may never forgive himself for, he will be trained unlike any of the others, to become a true guardian for time. If he accepts, it will mean leaving everyone he loves behind. If he refuses, time itself could unravel. After a glimpse of the dark future awaiting them all, he will have to choose between destiny and desire. Will he rise up and take his place as a defender of the natural order, or will he watch as all of time burns at the hands of the girl he loves?
Welcome to the time war.

To the average citizen of Auxton City, superheroes fight crime and keep villains at bay. But in all reality, their butlers run the show. Eighteen-year-old Tremblay never planned on getting involved in their crazy world, until the day he saves the beloved superhero, Aqua Pura.

Using his charm and quick wit, Tremblay persuades Merriman, the head butler, to hire him into Butler’s Inc. As he settles into his new found role, Tremblay fights to keep his not-so-pristine past secret, while learning the intricate tasks of how to be a superhero’s butler. To his surprise, he is assigned to Aqua Pura. Though as time passes, it is Bryar, his fellow Butler in training that captures Tremblay’s eye. As they take care of Aqua Pura and her mansion, a forbidden relationship between two butlers develops.

But the Villains seem to be upping the ante. Superhero after superhero goes missing, only to end up being publicly executed by the villains. Overwhelmed and running out of time, Butler’s Inc. is at a breaking point. When Aqua Pura and Bryar are kidnapped, Tremblay knows he has to act. Even if it means revealing the secrets he’s held close his entire life. Even if it means he’s banished from Butler’s Inc. forever. 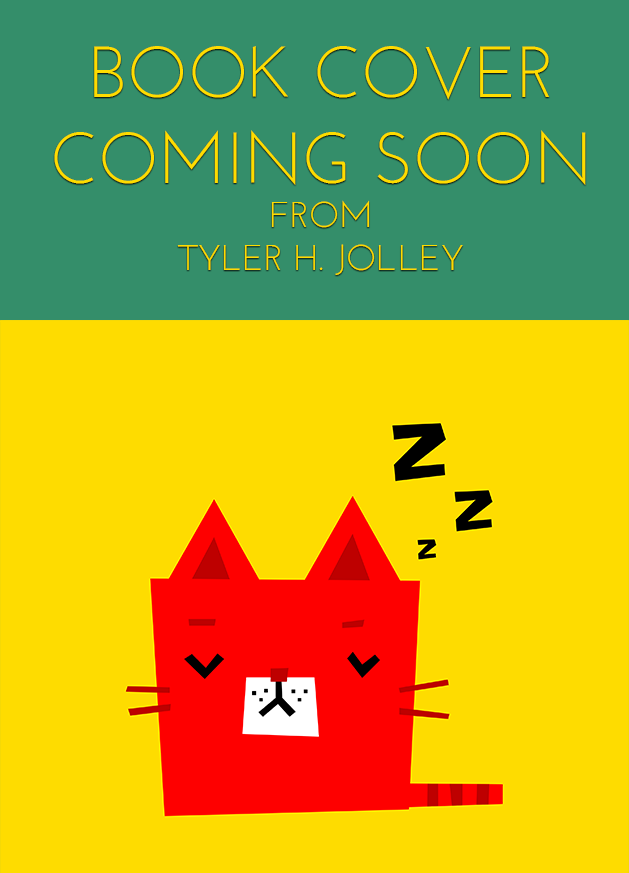 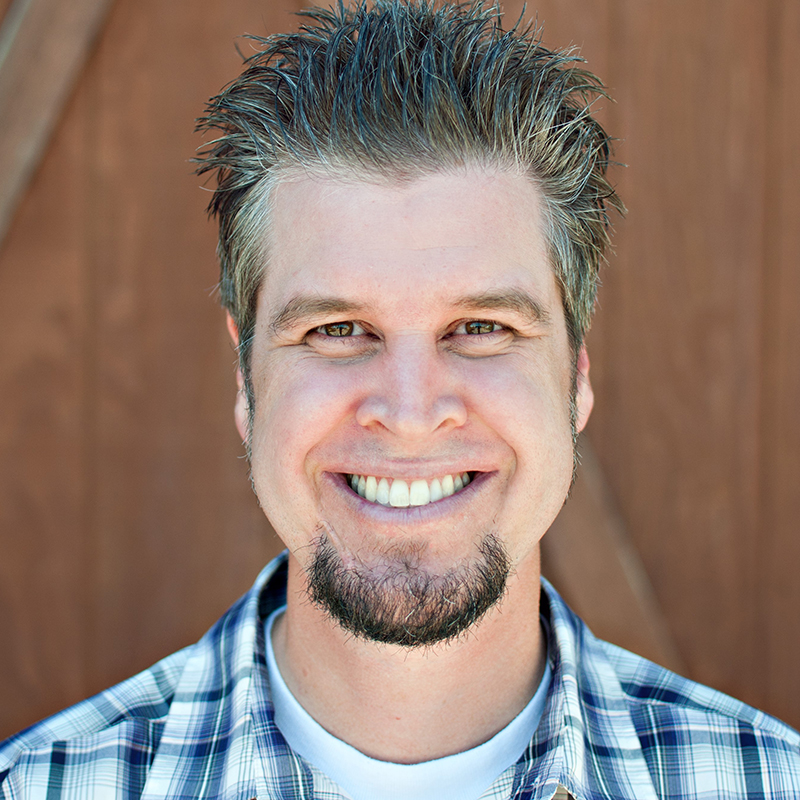 Tyler H. Jolley is five-foot sixteen inches. By day he is an orthodontist, and by night he is a sci-fi/fantasy author. He carries a curse with him each day, too many fun book ideas and too little time to write them. There isn’t a place or time that ideas don’t slam into the creative squishy part of his brain. Fun facts: he hasn’t puked since 1996, he loves pencils and mountain biking. Writing and riding are a big part of his life.